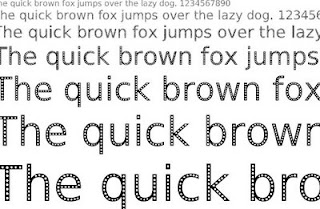 Holy bananas, the Dutch have done it again! This new font, "Ecofont," was created by Dutch communications company Spranq. This downloadable typeface contains multiple small circular holes, meaning that each letter requires less ink to be printed. It's actually a pretty unique typeface with sans serif because the little flourishes use up more ink when being printed. Spranq claims that this new "holey" font will reduce ink use about 20 percent. This font may not save the universe, but it’s going to help one letter at a time. 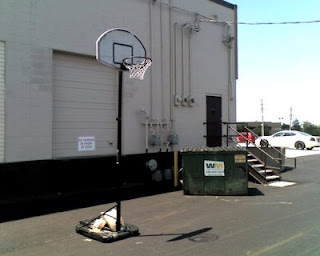 Despite the recent spectacular disintegration of our beloved Cavaliers, a surprising addiction has beset many members of the Luscious Verde family: b-ball fever. The legend has it that our head designer Jason had an old hoop he wasn't using anymore, so why not bring it to work and share the bounty (and bring back bad memories of those of us who pretended to be sick on gym days)?

Such trepidation has given over to such a full-court press that even I, possibly the most sedentary person here, have been known to take part in a game or two during lunch breaks. Calories are lost, smack is talked, and we waste our time in the best way possible (that is, until we get our oft-fantasied nap room). 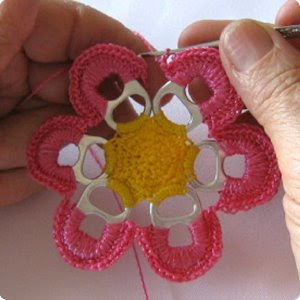 After a night of heavy drinking and rocking out with his band Highland, I had Rob save me his beer-can pull-tabs for this next project. I am not the best at crocheting, but maybe Wendy can lend a crochet hand if I ask nicely and or bring in treats...

Check out this link for detailed instructions!

Email ThisBlogThis!Share to TwitterShare to FacebookShare to Pinterest
Labels: Arts and Crafts 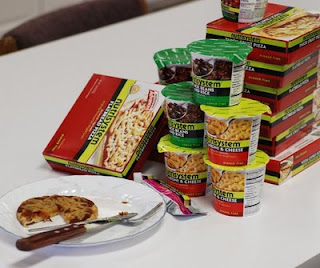 Summer is almost here: Liz has received her yearly shipment of bathing suits in the mail, and just as I am about to put a morsel of freshly baked chocolate croissant into my little mouth, Wendy walks in with a sack load of food. Generally, there's a small company-wide stampede to the kitchen once word gets out that free food is available.

The masses halted as Wendy unloaded her brown paper bags with NutriSystem astronaut food. We were all startled and thought she was trying to tell the company to lose a few pounds. She was merely given the food as a kind gesture and thought that we would enjoy it.

Assistant Operations Manager Lindsay stated, "I love to talk and love food, but don’t want to give the diet brand a bad name. Let’s just say that I had to follow up my dehydrated pizza and pasta with a fruit floe popsicle as a chaser."

Thankfully, Rob has taken the notion to eat the majority of the boxed food, like the good little processed-food boy that he is. 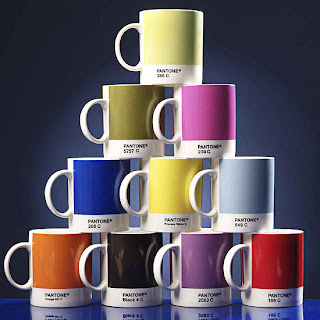 Say you need a gift for a friend who likes color and you work in a crazy color-bound industry...like custom stationery? Check this out. They have super-cool Pantone place settings and whole bunch of other goodies! It’s much prettier and easier then eating off of a swatch book.